It’s Becoming More Dangerous to be a Residential Landlord

What landlord wants face a jury in Los Angeles County Superior Court with screwball decisions like this when it comes to a premises liability case. Now all residental landlords are going to have to reconsider renting units that are furnished unless they have substantial liability insurance policies. Obviously this case will be appealed and it will be interesting to see what the 2nd District Court of Appeal has to say about this rather unusual jury verdict.

Scott Souders is a real estate attorney who has practiced real estate law in excess of 42 years in Southern California. The Real Estate Law Update cites cases or statutes which are summarized and should not be relied upon without fully reading the cases or statute in the advance sheets and shepardizing the same and consulting with your own attorney. 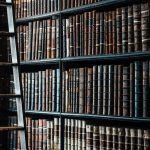